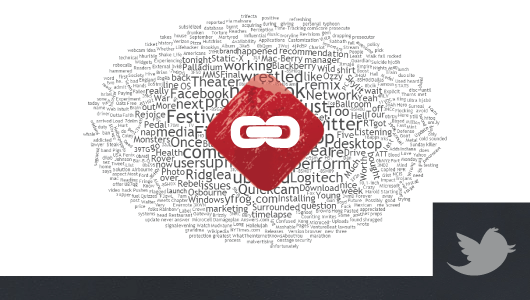 Here are the article that I felt were share worthy this past week.  From why you should start your day with coffee (advice I immediately disregarded) to why your mouse pointer is angled.

Why You Shouldn’t Drink Coffee In The Morning | Fast Company http://t.co/L9UrD8c8jv ->

While all of us have different reactions to caffeine, our bodies are all guided by the 24-hour hormonal cycle called the circadian clock. One of the hormones this clock controls is cortisol, which makes us feel alert and awake. The peak production time of cortisol is between 8 and 9 a.m. If you’re a morning coffee drinker, this means you’re consuming caffeine at a time when your body is essentially naturally caffeinating itself.

During World War II, nearly 500,000 Purple Heart medals were manufactured in anticipation of the estimated casualties resulting from the planned Allied invasion of Japan. To the present date, total combined American military casualties of the sixty-five years following the end of World War II—including the Korean and Vietnam Wars—have not exceeded that number. In 2003, there remained 120,000 Purple Heart medals in stock. The existing surplus allowed combat units in Iraq andAfghanistan to keep Purple Hearts on-hand for immediate award to soldiers wounded in the field.[6]

There’s a way I could have done things differently. I know that. If I offended anyone along the way, I do apologize. But the solution for me now is: I’ve lived this for 30 years, I’m done with it.

Built for over a million people, the city of Ordos was designed to be the crowning glory of Inner Mongolia. Doomed to incompletion however, this futuristic metropolis now rises empty out of the deserts of northern China. Only 2% of its buildings were ever filled; the rest has largely been left to decay, abandoned mid-construction, earning Ordos the title of China’s Ghost City.

Brian Junyor is a believer, a marketing technologist, a conservationist, and a tech enthusiast. Brian believes in forming habits versus setting goals. He loves new ideas and forward thinkers while valuing the tried and true wisdom of the past.
View all posts by Brian Junyor →

This site is no longer maintained. Please visit my new home at brianjunyor.com